Ranked as one of the best public school districts in South Carolina this past year, York School District 1 is making emergency preparedness a top priority by empowering staff with Tramedic® trauma kits. The district’s project was kickstarted when they received Tramedic® Bleeding Control Kits from the statewide Stop the Bleed initiative in the fall of 2018. Following the initial implementation, the district has installed another 365 Tramedikits™ to outfit classrooms and common spaces in their facilities.

In 2018, the state of South Carolina and its Regional Healthcare Coalitions were awarded a $1.2 million federal grant for a statewide Stop the Bleed initiative. The funding supported the distribution of 18,000 Tramedic® Bleeding Control Kits to public schools for the 2018-2019 academic year. School nurses attended regional train-the-trainer sessions in the summer leading up to the school year, then took their new skills back to their own schools to teach faculty and staff how and when to use the kits. 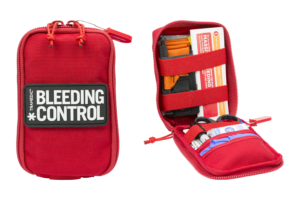 The district placed the newly acquired Tramedic® Bleeding Control Kits in key locations throughout the district’s ten schools. Furthermore, to ensure that there was a trauma kit in every classroom, the district developed a plan to purchase additional kits. Kevin Queen, the district’s Transportation Director, led the charge with support from teachers and parents, and thanks to a grant from Duke Energy, purchased a total of 365 custom Tramedikits™. Now, kits are located at the front door of every classroom as well as areas such as gymnasiums and cafeterias. 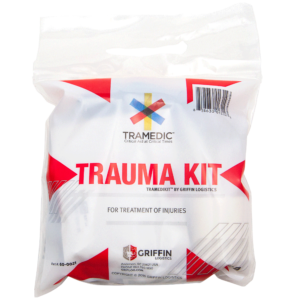 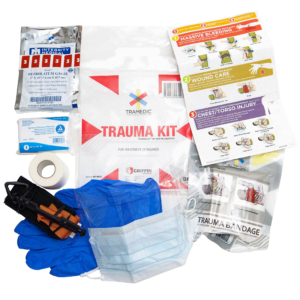 The Tramedikits™ feature a go-bag style that can be carried by teachers when the class is outside their room. Every staff member in the district has been trained on controlling severe bleeding and how to use the components inside each installed Tramedic® Kit.

Through the support of staff, parents, and district administration, York School District 1 has successfully expanded upon the South Carolina bleeding control initiative to ensure their faculty is empowered to handle potential life-threatening injuries. Looking ahead, the district wants to continue expanding upon its trauma kit initiative to improve safety at its schools.

If you are interested in supporting the district’s trauma kit initiative, visit https://www.york.k12.sc.us/ or contact Kevin Queen at kqueen@york.k12.sc.us. For more information about the Tramedic® Bleeding Control Kit, Tramedikit™, and how other Tramedic® trauma kits can fit into your school’s safety strategy check out https://www.tacmedsolutions.com/Tramedic-Response-System.

In the heart of South Carolina’s Piedmont region, nestled between the Broad River and the Catawba River, lies York County. Its growing urban region is noted for its expanding manufacturing, distribution, and office development along I-77 with quick access to Charlotte, the largest metropolitan area in the two Carolinas. York School District 1 has a total of 10 schools with over 5,200 students in attendance. Students attend neighborhood schools before consolidating into York Middle School and York High School. The district strives to over an innovative and real-world experience for students through their award-winning public-school system. 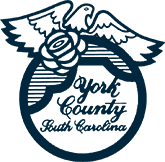 About Tramedic® and Tactical Medical Solutions®

Tactical Medical Solutions® is a global leading developer and manufacturer of pre-hospital medical gear for the tactical and civilian world. We were founded in 2003 by a Special Forces medic who created the SOF® Tourniquet. Our tourniquet is now one of only two windlass tourniquets approved for use by the Department of Defense, one of only two tourniquets approved for use by the Committee on Tactical Combat Casualty Care, and is the tourniquet of choice for the American Red Cross. While our original purpose was supporting the military, environments changed and TacMed progressed in to servicing law enforcement, fire, EMS, rescue, and now even. As a result, our product line has expanded greatly and is constantly evolving. We service civilian audiences such as all municipal buildings in the city of Dallas, NFL stadiums, Marriott hotels, churches, and public and private schools across the country through Tramedic®, our line of trauma kits developed for the everyday citizen. In addition to providing all of these customers equipment designed specifically for them, we provide kit customization and a complete knowledge management system that offers education and training to match.